This Marin County Real Estate page is designed for quick access to the current homes for sale in Marin County. Listed by city, click on a town below to be taken directly to the current listings. All listing are updated directly from MLS in real time!

Partially taken from Wikipedia:
Marin is located in the northwestern part of the San Francisco Bay Area. As of the 2010 census, it’s population was 252,409 and it had the fifth highest income per capita in the United States.

Marin County is well known for its natural environment. Such as, the sprawling Marin Headlands with Golden Gate Bridge views, trails and the 1855 Point Bonita Lighthouse. The Point Reyes National Seashore and numerous beaches. The giant redwood trees of Muir Woods National Monument. Mount Tamalpais State Park’s namesake peak with panoramic views. And also, Angel Island, which sits off the shoreline of Tiburon.

Partially taken from Wikipedia:
Marin County is one of the original 27 counties of California. It was created February 18, 1850, following adoption of the California Constitution of 1849. This was just months before the state was admitted to the Union.

According to General Mariano Vallejo, who headed an 1850 committee to name California’s counties, the county was named for “Marin,” great chief of the tribe Licatiut.”

The chief had been named “Huicmuse” until he was baptized as “Marino” at about age 20. Marin / Marino was born into the Huimen people, a Coast Miwok tribe of Native Americans who inhabited the San Rafael area. Vallejo believed that “Chief Marin” had waged several fierce battles against the Spanish. Marino definitely did reside at Mission Dolores (in modern San Francisco) much of the time from his 1801 baptism and marriage until 1817. Frequently serving as a baptism witness and godfather; he may have escaped and been recaptured at some point during that time. Starting in 1817, he served as an alcalde (in effect, an overseer) at the San Rafael Mission. He lived there off and on from 1817 until his death.

In 1821, Marino served as an expedition guide for the Spanish for a couple of years. Then, escaping and hiding out for some months in the tiny Marin Islands (also named after him). His recapture resulted in a yearlong incarceration at the Presidio, before his return to the Mission San Rafael area for about 15 years until his death in 1839. In 2009, a plaque commemorating Chief Marin was placed in Mill Valley.

The origin of the county name has another version. In 1775, the bay between San Pedro Point and San Quentin Point was named Bahía de Nuestra Señora del Rosario la Marinera. This version says Marin is simply an abbreviation of this name.

The Coast Miwok Indians were hunters and gatherers whose ancestors had occupied the area for thousands of years. About 600 village sites have been identified in the county. The Coast Miwok numbered in the thousands. However today, there are few left and even fewer with any knowledge of their Coast Miwok lineage. Efforts are being made so that they are not forgotten.

Francis Drake and the crew of the Golden Hind was thought to have landed on the Marin coast in 1579, claiming the land as Nova Albion. A bronze plaque inscribed with Drake’s claim to the new lands, fitting the description in Drake’s own account, was discovered in 1933. This so-called Drake’s Plate of Brass was revealed as a hoax in 2003.

In 1595, Sebastian Cermeno lost his ship, the San Agustin, while exploring the Marin Coast. The Spanish explorer Vizcaíno landed about twenty years after Drake in what is now called Drakes Bay. However, the first Spanish settlement in Marin was not established until 1817 when Mission San Rafael Arcángel was founded partly in response to the Russian-built Fort Ross to the north in what is now Sonoma County. Mission San Rafael Arcángel was founded in what is now downtown San Rafael as the 20th Spanish mission in the colonial Mexican province of Alta California by four priests, Father Narciso Duran from Mission San Jose, Father Abella from Mission San Francisco de Asís, Father Gil y Taboada and Father Mariano Payeras, the President of the Missions, on December 14, 1817, four years before Mexico gained independence from Spain.

Click here for a collection of links on Marin County’s Community Page that contain useful information about all of the cities, towns and unincorporated areas of the County of Marin. 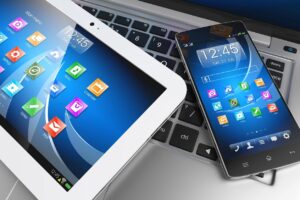 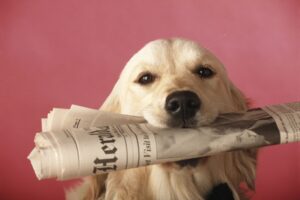